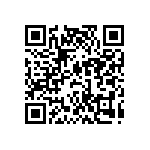 ★ 360 Launcher is the fastest Android Launcher in the world which supports 2.1+ devices360 Launcher is an powerful home launcher. We offer you a series of highly customized features, tens of thousands themes, wallpapers and fonts, plenty of lock screens, a lot of transition animations, app starting animations, dozens of widgets, and even icons and icon background. As the best home screen replacement, it offers you many first-ever features to customize your own homescreen experience. It is really a nice present for people who take their Android for lifestyle and partner in life.★Now millions+ FREE themes, wallpapers and lock screens are provided !They are beautifully produced, but more importantly, most of them are free !Please check our thread in XDA-Developers before leaving low rating and bad reviews.If you love ADWLauncherEX or GO Launcher EX, you will love it even much. ★FEATURES1. SMOOTHLY transition animation effects, many scroll effects ,Such as Wipe, Accordion, and Throw. 360 Launcher is highly optimized to do it's work quickly and quietly, keeping the animations smooth and letting you use your phone as fast as you can move your fingers.2. Lots of personalized themes, wallpapers and lock screens to choose. Download 360 Launcher to enjoy over millions+ FREE themes, icons and live wallpapers.3. User customized folder to manage apps category. Long press an icon to drag and drop it over another one to create a folder.4. Convenient custom home screens, and there’re many great GESTURES: Swipe, pinch, double tap and more on the home screen to open your favorite apps.5. Built in plenty of widgets, such as clock, calender, task manager, device switcher6. Powerful apps manage: SORT the new installed apps, recently viewed apps, and HIDE the apps that you don't want to be seen .7. Built in Cleaner that clear up your RAM.8. Built in power saving widget that saves you more BATTERY.9. Use T 9 on home screen to search for what you want to open.10. Custom Drawer Groups - Create new tabs or folders in the app drawer.11. Supported many Languages , such as English (Special thanks to Melvin Chng Yi Cong, from Malaysia), Chinese, French(Special thanks to Johan Jaworski, from France), Russian(Special thanks to Mr.Roman, from Russia), Spanish(Special thanks to Jordi Luna)Contact us:Themes and Wallpapers: http://meihua.360.cn/Home at XDA: http://forum.xda-developers.com/showthread.php?t=1345601Sina weibo: http://e.weibo.com/360launcherForum: http://bbs.360safe.com/forum-110-1.htmlCompany official website: http://www.360.cn奇虎360 (NYSE:QIHU) Qihoo 360 Technology Co. LtdGive us five stars and feedbacks to make 360 Launcher better and better each day. 360 Launcher Team loves you all and never going to let you down !
360 Launcher APK Version History