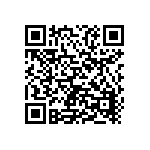 Aces Up Solitaire is a simple to learn & fast-paced card game that requires a little strategy and a little luck to win. If you enjoy playing the classic patience solitaire, then Aces Up Solitaire is a game for you.Mobilityware’s version of Aces Up Solitaire has added a wild card so players can rely more on strategic moves to win, and not luck. Aces Up Solitaire is the perfect combination of easy to learn and challenging to master, which both casual and strategic gamers will love.This puzzle card game brain teaser is a variation of the classic patience card game and is also known as Idiot’s Delight, Once in a Life Time, Ace of the Pile, Rocket to the Pocket, Loser Solitaire, Firing Squad, Aces High, and Drivel.HOW TO PLAY ACES UP SOLITAIREThe goal of the game is to clear all the cards from the game board, except for the four aces. To clear cards from the game board you must find cards of the same suit on the board, that have no cards sitting atop of them, and tap the smaller value to be removed. If you get stuck and there’s no card moves available, tap the stockpile to place another card face up in each column. Once you have removed all the cards from the gameboard and the stockpile, except for the four aces, you win!EARNING WILD CARDSEarn wild cards by clearing the cards from the game board. The wild card allows you to discard any card from the game. Each game, players can earn up to 3 cards. Wild cards help avoid situations where you get stuck and have no moves to make! No one wants to be dealt a hand they can’t win. Each wild card you save grants additional bonus points for that game.ACES UP SOLITAIRE: NEW CARD GAME FEATURESSOLITAIRE with a TWIST- Love classic Solitaire, Spades or Poker? You’ll love the free brain teasers in Aces Up Solitaire- Classic Solitaire Feel w/ whimsical animations- Strategically use wild cards when you get stuck with no moves- Fast & Addicting strategy game to train your brain- Balloons show your progress in the game. Launch all 4 balloons to win. BRAIN TRAINING: PLAY NEW CARD GAME PUZZLES DAILY- Card Puzzles: A new Daily challenge puzzle is added daily designed to challenge your Solitaire Skills- Strategy is key to win! Use logic and strategy to solve each puzzle- Too Easy? Try to win a game without using a wild card!BECOME AN ACES UP LEGEND- Complete the card puzzles to gain XP and become the first to claim the title of “Aces Up Legend”- Track performance on your personal leaderboard and develop new strategies- Are you competitive? Check the global leaderboard to see how your score stacks up against others- Complete challenges to earn trophies that will sit nicely in your trophy roomMobilityWare makes the best card games to keep your brain sharp: the #1 Solitaire, Spider Solitaire, Mahjong Solitaire, Freecell Solitaire, and Addiction Solitaire games. Take our newest card game, Aces Up, for a test ride today.Aces Up Solitaire is ad-supported, but only between deals. We won’t interrupt your card game with an ad!Questions? Comments? Concerns? We would love to hear from you! Reach us at http://www.mobilityware.com/supportAces Up Solitaire is created and supported by MobilityWare.
Aces Up APK Version History