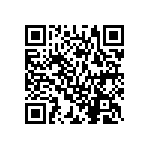 Forget to play simple airplane games and look for a new aero plane flying game. Let’s try this 2018 plane flight landing game that shows a perfect simulation. Play the role of a fast moving flight pilot in this exciting plane and extreme landing simulated game. Unleash your inner pilot and take control of your commercial air bus in sky. Be ready to complete the impossible flying missions. Your task in this Airplane Flight Adventure game is to fly your air jet in the sky and complete the real mission in specific time. It is most addictive airlines flight simulator in flying games category. Show all your flying & airplane landing skills as a real plane pilot. It is a new era of city aircraft driving with real time controls as compared to other parking airplane simulators. These are unique endless aeroplane driving games which are specially designed for lovers of airplane games.Fly an aircraft fighter plane and float in blue sky like a falcon. Play an airplane game is not an easy task & not everyone can be a fighter plane pilot. Upgrade your skills of flying an aircraft and reduce the risk of extreme plane crash. In this Airplane Flight Adventure game, follow the checkpoints of airport and break the new flight records. Before landing your jet airplane in city airport, slow down the aeroplane by pressing the speed reducing button. Prepare yourself for fast plane flight landing situation, be careful don't hit the runway of city airport.This airlines flight landing game is hyper realistic combat simulator of 2018 as compared to other dumb repetitive airplane games. It is real plane pilot control game. Different high tech aircrafts adorn with markhor are available for test drive. Drive your dreamy airplane which is decorated with Capra falconeri logo from one airport to other in specific time. Every mission of this airline game is full of passionate action and crazy thrill. In this plane controlling pilot game, you have multiple levels to fly your aeroplane without crashing. Each level of this free flying simulator game gives you a best flight experience among all plane fighting games. Play this fast airplane sim and become the best pilot by taking off your aircraft in high air. Fly the airplane over the beautiful islands, landscapes and busy cities in this flight game for kidsPark your flying war jet plane on busy airport runway to complete the mission. While parking your flying jet don’t hit the other helicopters and aircrafts. This new endless flying game will give you a chance to practice landing and taking off your airplane. Flying a big airplane is not an easy task as it requires sharp piloting skills. This action filled flying game has tons of challenging missions like take off your plane in emergency weather conditions and rough landing situations. All flying control is in your hands, be careful while flying over the mountains and high buildings because if you hit with mountain then your air jet will be crashed and game will be over. This is unique plane racing & airplane driving game that you have never experience before.Fast military aircraft is ready to fly. Every plane has most advanced free flying & parking features. Select your desired airplane and fly high in the sky. Perform some daredevil stunts while crossing the rectangles. After crossing all the rectangles, slow down the airplane and prepare for landing.Download this new airplane flying game on your mobile device & put your heart beat in your mouth.Game Features of Airplane Flight Adventure:✈️ Real flying, landing and parking experience of new generation aeroplanes✈️ Multiple attractive airports are available to take off and land the aircraft conditions✈️ 30+ fun & challenging missions with realistic environment✈️ Smooth and realistic tilt control of endless plane flight✈️ Ultra realistic 3D vivid graphics with addictive gameplay✈️ Huge collection of modern aircrafts adorn with markhor are available✈️ Play it anywhere without internet or wifi
Airplane Flight Adventure APK Version History