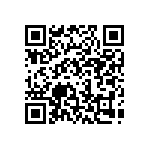 Aquathereum is an unscripted blockchain integrated Massively Multiplayer Online (MMO) game where the economy is run by the players and is driven by in game mining, combat, exploration, trading, manufacturing, and quests. Ships, modules, and other in game assets are ERC-721 tokens on the Ethereum blockchain which are owned, traded, and sold by the players.
Aquathereum APK Version History