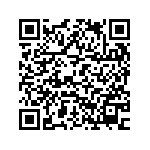 Army Commando Grand Adventure 2019The war is upon us take your rifle and kill the enemies.Hatcom Inc. proudly presents a brand new super doper action game for you. The battle scenario has created to give you a push to spend your spare time with fun. The story line is, you have to play the role of a commando. He has cleared all kind of trainings and knows every tactic of war. The enemy forces have attacked and are killing citizens in this battle game. It’s your duty to save the lives of innocents and eliminate threats. There are three different modes and each includes ten full of action missions in this Commando Ultimate action game. So play more and polish your skills to advance to clear more challenges.The gameplay of this Commando Ultimate action game is also very thrilling. The dangerous enemy forces are nailing into peaceful cities. Your country is under the danger. You will start with mode 1 and armed with pistol in this game. The task is to eliminate two enemy frontier soldiers which are firing in the streets. But you should be very careful against them in this mission commando real adventure game. Because they are very well trained and battle hardened soldiers. Moreover, there are innocent people in the streets and you also have to avoid them in danger. You will earn cash rewards and stars on completing each mission of this game. Spend it wisely to buy more weapons, shields and med packs to survive in this commando game. These will help you kill targets within time. Each mission is difficult to complete as compared to previous one in this modern shooting game. However, you can train yourself harder to get used to challenges.This Commando Ultimate action game comes with very easy controls. Ultra sharp graphics also blow life into everything included. You have a joy pad to control movement of your commando. A set of different action buttons include aim, reload and fire. However, the reload is also automated for ease of the player to play this frontier soldier game. There is a health bar, which should not be emptied during the mission. A timer is also displayed to show you the remaining time in this frontier soldier game.Best of Luck…! Free Shooting Game Features:Realistic 3D graphicsDifferent weapons availableOne man commandoDifferent modes and missions.Real game storyDifferent survival kitsMed pack, guns and sheildsIf you have no wifi, you can play, absolutely free.So quickly download this interesting game of 2019 offered by Hatcom Inc. available on Google Play Store on your android smart phones.
Army Combat Adventure Mission APK Version History