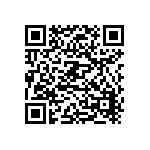 Stranded on an island is a Commando for Combat Military Training, Dangerous Hurdles, Deadly Enemies Attacks, Extreme Wilderness, Survival Escape Missions and you need to be a Survivor Hero!! This is all that sums up this Challenging 3D Action Game of 2017 “Army Commando Survival Island”.This Commando Military training is full of action and thrill where you are stranded on an island for survival training missions each one of which will make your adrenaline rush. A military training combat adventure is waiting for you Commando where you as an island survivor hero needs to clear all military training missions successfully. There are dangerous army military tests, obstacles and hurdles which you need to pass through for which you need to be physically and mentally fit. Find food, weapons like axe, bow and arrows, hunt down the animals to get food for survival, destroy the archeries as a real sniper hero of 2017, beware of the gunner attacks from enemies and the dangerous mines on your way. Clear the blockages and eliminate the enemy forces. Be the best swimmer to cross the flowing streams and reach out the end point. Collect weapons and ammo as you move around the stranded island for completing the extreme commando survival training missions. Destroy the enemy forces from your neighborhood to successfully complete your sniper shooting training.Hey Commando have you got all vital skills, expertise, power, courage and wilderness to pass this Army Commando training test on Survival Island where you are all alone for combat training missions? This special commando training course is devised on the stranded island in order to improve your skill set by a hard and strict physical training so that in the time of war you would be courageous enough to fight enemies from your neighborhood without any fear. There are vigorous vital physical training missions, gunner training, survival training and metal drills specially designed to enhance your survival commando training skills. This commando training military course will prove to be and ultimate survival adventure for army game lovers which will give you an extremely strict and vital survival army training where you will search food in your neighborhood, attack animals, avoid enemy gun shots, pass through the hurdles, climb mountains via vines, search for ammo and weapons, cross steams by swimming, run, walk, climb, fight, sniper and much more!!!Make use of your vital ammo and weapons likes axe and guns in the best possible way. Aim your target perfectly. Be ruthless in sniping away the gunner enemies. Your survival depends how precise you aim your enemies. Become the best Army Commando on this Survival Island where your will experience a survival training full of adventure, thrill and excitement. You will also make your way through secret enemy army base situated on this dangerous tropical island.The increasing difficulty in Army Commando Survival Island survival training missions will make you engaged and will keep your spirits high. There are dangerous vines for climbing up the mountains and tough rough rocks to jump across and big blockages that needs to be removed. A big wide stream on the island that can only be crossed if you are a quick and strong swimmer. Remember, Survival is your main aim and there is no other way than battling the deadly enemy neighborhood forces and killing them all by furious gunner attacks. ★★★ GAMEPLAY FEATURES ★★★• Thrilling Army Commando Training Missions• Superb Island Environment and Gameplay• Engaging Sound Effects and Remarkable 3D Graphics• Training to Hunt, Climb, Jump, Run, Swim, Attack and Snipe• Amazing Island Survival Training Experience★★★ FOLLOW US ★★★http://www.facebook.com/TheGameStormStudioshttps://www.youtube.com/user/thegamestormstudioshttp://twitter.com/gamestormstudio THANKS FOR PLAYING OUR GAMES.
Army Commando Survival Island APK Version History