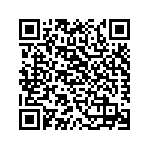 An interactive fantasy adventure! It's a Gamebook Adventure!

First in the series of critically acclaimed interactive fantasy gamebooks in which you, the reader, control the direction of the story! Along with a realistic dice-based battle system to fight creatures, a great story and beautiful artwork, An Assassin in Orlandes will give you many hours of gamebook adventuring!

Set within Orlandes City, nobles are being systematically murdered by a ruthless assassin no-one seems able to catch. Finding yourself thrust in the middle of a large conspiracy, you must make decisions that may put yourself and one other most precious to you in great danger. Can you locate the Assassin in Orlandes before it is too late?

“Tin Man Games has done an admirable job of recreating the experience in an electronic format. The story is top notch, the interface works quite well, and the music really gets you into the atmosphere of Orlandes. This is definitely a title worth taking a look at, especially if you’re familiar with the print version of this type of book.” – iPhone Life

What is a Gamebook Adventure?

Gamebook Adventures is brought together through the efforts of passionate and avid gamebook enthusiasts. If you are familiar with the classic choose your own path style printed gamebooks then Gamebook Adventures will really appeal to you. Our aim is to give those nostalgic readers of old something new and fresh, and bring a new exciting experience to those unfamiliar with gamebooks. If you enjoy fantasy RPGs or adventure games then this is for you!

At their core, all of our gamebooks are compelling adventure stories where you get to choose how the adventure unfolds. Every section of the narrative concludes with choices that you have to make. The choices you make will alter the story, taking you down new paths and giving you new choices.

Did you take a wrong turn? Or make some bad dice rolls? Then hopefully you put in a bookmark so that you can go back and try again!