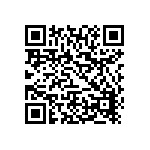 Auto Royal Chess is the first game of its kind that combines an increasingly popular genre of auto chess battler with the classic mechanics of mobile RPG and strategy games. Challenge other players in blitz battles around the world! Join the most engaging E-sports game of 2019!Practice the supreme art of war!Auto Royal Chess strategy game is primarily based on PVP battles. Players have to reinforce their armies after each round by upgrading figures. The gameplay is innovative – you’ll fight your opponents on a 3D chessboard! The game is quick to learn but challenging to master! Auto Royal Chess contains a comprehensive tutorial, making it a good place to start if you're looking for your first auto battler! Form a team of heroes, each with unique abilities. Make them stronger, combine identical figures, and collect powerful combinations from magic spheres. Units’ special abilities and the way they counter opponents’ troops determine who wins and who loses. The player who can adapt to the enemy’s tactics faster, who can properly allocate resources and use the full potential of the figures will never lose! Play meticulously or end up beaten!Test your might on the chessboard!Take part in the ultimate combat and fight your rivals on the online 3D chess board battlefield! Hop in a match right now! Wait times take seconds! Think over your playing style and test your strategy and tactical skills. Crush the enemies, climb to the top of the leaderboards in global and local rankings, and show everybody who the real king is! Build a strong strategy that can easily turn a struggling player into a dominant one. The world's top e-sports league is waiting for you!Unite against your enemies!Auto Chess strategy PVP and RPG mobile games are gaining rapid popularity in 2019. Join real-time online tournaments and challenge the top players from all over the world, each heading a team of warriors on a 3D battle chess arena. Struggle with real rivals regardless of their location! Each turn you go up against a different opponent! But there can only be one winner! Hone your skills through learning different battle tactics and beating your enemies, round after round. Join the clans to increase your war power and prove to be the best commander!Collect new achievements!Being a great warrior is not enough to become the ultimate winner! Hone your strategic and economic skills and make wise decisions. Upgrade your heroes and their stats throughout the gameplay. To do this, you need to collect a certain number of hero-cards and perform an upgrade in the Inventory. Each level requires a larger number of cards and gold. Economic tactics, investing, and saving coins timely will make your troops flourish. Good luck with getting some loot from the chests to boost your skills too!Explore your commander talent!Each round, your team will struggle against new waves of rivals. To stand up to your enemies, invent the smart auto chess strategy. Form, evolve and combine special formations according to their unique missions. Practice your strategies to the greatest extent! Only the most adaptable will be able to survive till the end. There are certain upgrades that take a while to learn and polish. There’s always room to get better tactics! But once you grasp the basics, it will be even more enjoyable to play.MAIN FEATURES● Fully functional tutorial● Easy-to-use controls due to a portrait interface● Cool animation in action● Elaborate and diverse fantasy characters with unique powers● A lot of heroes from different races ● Fast gameplay within only 5 minutes per match● Designed and optimized for mobile devices● Getting rewards from chests● Increase the maximum number of units on a field with just one click● Unit upgrade system● Clans and more new awesome features coming soon with a new update
Auto Royal Chess APK Version History