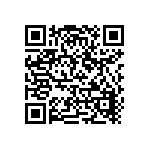 The Bible is a collection of texts that originally were separate documents called books, written first in Hebrew, Aramaic and Greek for a very long period and then gathered to form the Tanakh Old Testament for Christians and then the New Testament.The Bible stands as a witness to God's eternal love for his children and as a testimony that Jesus Christ is the Savior of the world; in fact, He is the only means by which eternal life and salvation is attained. Both testaments form the Christian Bible. In itself, the texts that make up the Bible were written over approximately 1000 years (between 900 BC and 100 AD). The oldest texts are found in the Book of Judges (Canto de Débora) and in the so-called E (tradition Elohísta) and J (Yahwist tradition) of the Torah (called Pentateuch by Christians), which are dated at the time of the two kingdoms (10th to 8th centuries BC). The oldest complete book, that of Hosea, is also from the same period. The Jewish people identify the Bible with the Tanach, for which it has no meaning and the denomination is not accepted as an Old Testament because it does not accept the validity of the New Testament.The canon of the Christian Bible that we know today was sanctioned by the Catholic Church, under the pontificate of San Dámaso I, at the Synod of Rome in 382, ​​and this version is the one that Jerónimo de Estridón translated into Latin. This canon consists of 73 books: 46 constitutive of the so-called Old Testament, including 7 books currently called Deuterocanónicos (Tobit, Judit, First book of the Maccabees, Second book of the Maccabees, Wisdom, Ecclesiasticus (Sirácida), and Baruc) -which have been contested by Jews and Protestants - and 27 of the New Testament. It was confirmed in the Council of Hippo in the year 393, and ratified in the Council III of Carthage (in the year 397), and the IV Council of Carthage, in the year 419.The Old Testament narrates mainly the history of the Hebrews and the New Testament the life, death and resurrection of Jesus, his message and the history of the first Christians. The New Testament was written in the Koine Greek language. In it the Old Testament of the Septuagint is frequently cited, a Greek translation of the Old Testament made in Alexandria (Egypt) in the third century BC. C.For the believers, the Bible is the word of God, of divine inspiration, although its writing was done through elected men who used their faculties as true authors. It is an eminently spiritual work that believers interpret as God's way of revealing himself and manifesting his will for the salvation of humanity, in addition to his character and attributes.
BibliaSagrada APK Version History