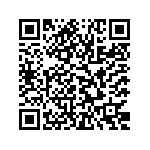 The first game's story involved the Peregrine Falcon (PF) Squad, a small but skilled team of soldiers serving under the Regular Army's special operations division, who fight against the army of General Donald Morden in order to prevent a massive coup d'état and the creation of a New World Order. Later games featured characters from the Sparrows Unit, which is under the control of the Regular Army's intelligence division.The player starts with only a simple handgun; as the game progresses, the player may pick up new weapons. The player can only use one weapon at a time. When a new weapon is found, it replaces the previous one. Similarly, when ammunition runs out, the player reverts to using the handgun, which has unlimited ammunition.
Classic Gunner Soldier APK Version History