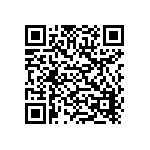 Fate is calling... Are you ready to join the fight? When a meteorite shower rained down on Earth, humans all over the world developed supernatural abilities. Rising from the dawn of the Cosmic Era, the last of Earth's heroes must band together to fight new evils threatening humanity.STUNNING NEW RPG- An epic adventure awaits from the dawn of the Cosmic Era in this new, original game with 3D characters, all with unique personalities and fierce powers. Will you rise to the challenge and become a champion to defend earth's destiny?ASSEMBLE THE ULTIMATE TEAM- Train and level up your heroes to rise the ranks, creating the most powerful team with epic skills. Gear up with unique weapons and armor while unlocking legendary characters and unique creatures. Improve your combat strategy by going through a gauntlet of challenges in this revolutionary turn-based RPG.UPGRADE YOUR CITY- Upgrade your city to gain essential resources and aid your heroes in the fight for humanity. Collect gear, items, and achievements to level up your character and your base.FAST-PACED, DYNAMIC BATTLES- Experience live, epic battles against players around the world with fully animated skills and stunning effects in breathtaking arenas. Do you have what it takes to be a champion? Answer the challenge and complete quests to enhance your strategy and add to your arsenal of skills.BEAUTIFUL 3D ADVENTURE GAME- Stunning 3D RPG with exciting characters to collect and evolutions to choose from. Immerse yourself in this unique world, where good and evil face off in intense arenas. EXCLUSIVE, ORIGINAL STORY CAMPAIGNS- Explore an unrecognizable earth after the devastating Cosmic Event, full of unique characters with abilities and creatures transformed by mysterious crystals. Defeat and collect monsters as the story progresses to enhance your champion team. Test the strength of your strategy to fight the final legendary boss in all-out war. Adventure awaits in this epic RPG bursting with original story content! Build your city and upgrade your team to defend humanity's destiny. Train your team of heroes against a new evolution of monsters to defeat evil enemies in legendary battles. Will your strategy and strength save what's left of the world? Earth's fate in YOUR hands now. Join the Heroes of Fate and fulfill your destiny as the Crystalborne!Privacy Policy: http://www.crystalborne.com/privacy-policyTerms of Use: http://www.crystalborne.com/terms-of-useGame Page: http://www.crystalborne.com
Crystalborne: Heroes of Fate APK Version History