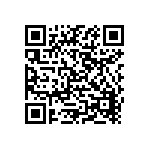 CHICAGO IN THE PALM OF YOUR HANDConnect and play LIVE with any Watch_Dogs player logged into their console or PC game. Control the city of Chicago from anywhere in the world with the Watch_Dogs Companion: ctOS Mobile app.As a ctOS Operative, you will have control of the Chicago Police and control of all ctOS devices across the city. The streets of the city become your ultimate battleground where your goal is to stop players and maintain order.Challenge and shut down other players with every tool available. To get the most out of your app, you will need to connect with other players that own the console/pc game. You don’t need the console/pc game to play.You can only play against human players.EVERYTHING IS CONNECTEDConnect to any players from any Watch_Dogs platform on console or PC. - Play LIVE with your friends, or with other players around the world.- Play with any internet connection from Wi-Fi to 3G/4G/LTE Networks.- Customize your own challenges and send them to your friends.CONNECTION IS POWERYou are connected to Chicago and beyond.- Take over a Chicago PD helicopter equipped with a sharpshooter and track down your opponents. - Control every ctOS device in the helicopter’s radius like traffic lights, road blockers, steam pipes and much more.- Dispatch and upgrade the different Chicago police units including patrols, SUVs and SWAT teams. BECOME THE BEST ctOS OPERATIVEEvery player you challenge is a new opportunity to advance and improve your skills. - Gain XP and skill points as you win challenges.- Use those skills points to upgrade your police arsenal and ctOS powers.- Unlock even more abilities for your units by completing achievements.Note:- Watch_Dogs Companion: ctOS Mobile requires an internet connection to function correctly.- Watch_Dogs Companion: ctOS Mobile requires a Uplay account.- Watch_Dogs Companion: ctOS Mobile is compatible with PS4, Xbox One, PS3, Xbox 360, WiiU and PC.- Watch_Dogs Companion: ctOS Mobile requires a free Xbox Live and/or PSN account to play against Xbox Live and/or PSN Players.
ctOS Mobile APK Version History