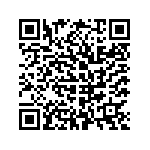 In this Premium version, you will be given an advantage with free guns and heroes from the beginning.
This will help you enjoy the game seamlessly.
You can choose to try other items, but we believe this starter pack is enough for you to make it to the end.
With such a head start, we hope you can fulfill our expectations.
Grab your guns and get ready to win back the Earth from the Zombie army and Aliens.
They came from nowhere and no one knows how they are armed with heavy armor and weapons.
It’s a tough mission though, but don’t worry! You’re not alone!
Assemble your squad of heavy metal soldiers and fight with them.
Show other players around the world your survival and shooting skills.
Top Features:
Classical Run’n’gun gameplay + futuristic art theme and story.
Side-scrolling shoot ‘em up with tons of action.
Epic battle against 50+ types of enemy and 10 bosses.
150+ rounds until you take back the Earth.
70+ guns and many more to come in the next update.
You will never get bored with 9 default heroes with different combat styles and mechanics. Bombers, Snipers, Metal soldiers, Robots, Spaceships, Pandas with laser beams,...they’re all yours.
True platformer with modern gameplay and art.
Our Premium version of CyberDead will bring you tons of epic action and worth your time.
Gear-up and shoot the dead now!
Cyber Dead APK Version History