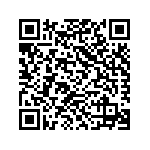 Sometimes everyone has had a lot of bad luck with cars! While doing some sightseeing on a sports car in the mountains and desert, faily man is forced off the road, plunging him over the edge of a steep embankment and into a world of dangerous hazards and obstacles. You are coming through the top hill and you are trying to control your car but your car had a brake failure in confusion you are trying to stop your car but on the way you have to face the mountains and trees in the form of obstacles try to avoid the smash because if it will happen your car will crash be crashed and game failed. In this physics based car game, you must maneuver an endless mountainside downhills hazardous such as cacti, rocks, traffic and trains resulting in some fun and hilarious near misses and crashes.You have to clear your levels and earn the reward from avoiding the smash.This game based on the sudden failure of brakes and in this condition you have to control your car and yourself too. The environment of this game is based on desert, off-road, nature and much more in this game you will face the traffic and trains too. Dozens of levels include in this game and many different sports cars. The first car will be unlocked and rest of the cars are locked you can unlock them by getting the reward after completion of the levels or you can simply buy all the cars from In-App purchases in just 2.99$KEY FEATURES:- Avoid the smashing - Pick the Gifts and complete the levels - Extra amazing 3D graphics - Real Car Drive Physics GAMEPLAY:- Buttons for right and left - Pause button - The counter of the gifts on the screen Extreme Faily Brakes Car will be updated constantly. Please rate and give your feedback for further improvement of the game.
Extreme Faily Brakes Car APK Version History