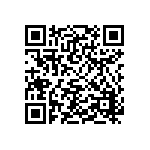 The description of Fire Heroes Do you want to know more about Fire Heroes? Visit our community page!Facebook https://facebook.com/FireHeroes101xp/Fire Heroes combines the best aspects of two completely different genres of future and past: CCG games and classic RPG games. The players are to travel to Kairasia peninsula and set it free from the Archdemon Melantir. Kairasia is inhabited by not only humans, but elves and dwarves, demons and dragons.This world got used to magic from time immemorial.The history of the Fire began after the great war. The fate was kind to Kairasia as the great god came to help him with the magic of the true flame. That's what the ancient legends tell. The brave warriors united against the monsters and expelled the evil. But the demon returns, so now the future is vague and blurred.Special Features: Fire Heroes is the unique game mixture of two genres, which combines the best from mobile online MMORPG and CCG. Choose any of powerful warriors, become the legend and save the future! Fire Heroes is where the adventures begins!Free battle system:Tactical turn-based battle system makes the fight hellish exciting. Battles take place on the arena, where masters are able to show their powers. With the competent strategy, you will be able to win, even when it’s a long shot. Show the strenght of your legion and protect your honor!MMORPG open world:Opened diverse universe will let you enjoy the beauty of Kairasia peninsula. Map size and beautiful locations will impress your imagination: explore and excitement!Gears and customization:Fire Heroes offers a great quantity of the gear. Each new type of the weapon has a unique look and modifies the main character’s skills and fundamentally changes the fight dynamics: use the vampire wing to revive the fallen or turn enemies against each other with the sword of insanity.Arena:Arena it is the place which elders called “Endless Valley”. You can throw a challenge to the real players online in the 1v1 and 3v3 battles. Remember, not only the power must be considered to win. Use your cards like a sword that will slay the enemies! You will have to count your every step and use the kill timing at the right moment to defeat your opponent.Dungeons: A wide choice of dungeons with an option of the instant teleportation. Assemble your squad and clear out the dungeon together. You must show your incredible might! Dark nest of the elder evil awaits you, brave hero!Quests:This part takes the best of all free mobile MMORPG! You will come across many epic quests with a variety of decisions, and your every choice influences the world and its history, and on the rewards and reputation you receive from NPC.Groups:You can team up with your friends online to fight together. To win you will have to develop group tactics taking into account available phantoms. Unite and protect Kairasia! War brings more fun if you fight together!Guilds:Create your own legion, help your comrades to level up, take part in the clan war and take the power! Take the first place in the rating and receive epic prizes! Be the best and make your legion great again!
Fire Heroes APK Version History