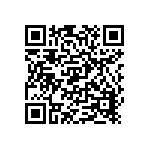 You have to save the world of futuristic robot X RAY!You are a robot that is able to transform into a car and has a very powerful cannon. How long have you already live on planet earth, but your peace of mind ends when fly futuristic robots X RAY enemies. You have to fight with enemy robots futuristic X RAY. Be prepared to repel the invasion, and become the first robot hero!Features Futuristic Robot X Ray in 2017:1. Huge futuristic robot car X Ray at your disposal.2. The enemy robots can also transform into cars3. A good simulator that will not let you get bored
Futuristic Robot X Ray 2017 APK Version History