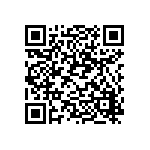 Game Hacker is an app that gets you awesome cheats in tons of video games. With much simpler gameplay than you might anticipate at first sight, all you need in order to get started is to play a quick match of any game of your choice and obtain a score. Once you've marked your score, open up Game Hacker straight away from within the game you just played and type in the number for your score. In just a few seconds you'll find that the any number you type in appears as your final score for that game, of course you can change that number at any given time.

Game Hacker is one of those apps that can prove useful for certain occasions, but overall kind of takes the fun out of playing video games. Ultimately at the end of the day, what's the point of cheating? Ask yourself this question: what are you really gaining by getting a fake score that you didn't actually earn by playing?

The same kind of thing has made it onto Android with apps that let you modify games as you play them: Game Killer, and Game Hacker are some of the most popular ones out there for these purposes.

Usually games that need an Internet connection to run so they can constantly be updating their internal data can easily detect when an app has been modified to give advantages to certain players. That’s why these apps tend to recommend that they be used on offline games. For these cases it’s better to use tools like the popular Lucky Patcher. That said, in most cases this kind of funny business goes completely against the usage norms of the software in question, though at the moment we’re not exactly analyzing the moral dilemmas surrounding cheats.