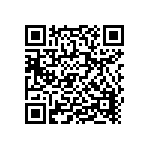 Rules of the game1. You need only 4 (four) players to play this game.Also a piece of paper to write names and points.2. Any one can start the deal but the winner deals it again after winning3. Every player get 13 cards each making 52 cards total and everyone gets a single card when dealing and giving up to 13 cards each.4. Players get a time to arrange their cards in order from higher to the lower.5. When a player finishes his ordering or arranging his cards from Higher to Lower he Calls up.6. When the four players are UP the first one from the right of the Dealer who dealt the cards starts to throw the card.7. The higher card Value wins or takes all the cards and throws again the next three cards in power order8. After all the cards are thrown on and taken by the winning players they are then counted, who got how much.9. Cards ranging from ACE (A) to 10 (ten) are all 10 points and cards from 9 to 2 are all 5 (five) points.10. That includes A,K,Q,J,10 are all 10 points worth and 9,8,7,6,5,4,3,2 are all 5 points.11. The winner is the one who has collected 1000 points all together after playing many games.12. There is no BOX in this game, that is if a person gets all four cards of the same for example four Jacks (J) by a single player.13. A game consists of 360 points, that is all the 52 cards added makes 360, so each player winning gets half a portion or if he gets the best cards can get full 360 points.14.If a player 1 throws a card and the card is thrown same by another player the second bits the first.15.If a player throws a card of lower order First and then the Higher order after than that player has to give back the cards to the winner who had the higher card earlier and he looses the rest of the chances even if he has the highest card among the players.16. Rules of Higher order to lower order to win TROY - any three same card AAA, KKK, QQQ, JJJ, 10-10-10,........222 COLOR RUN - any three cards of same group and in order, AKQ of SPADE or DIAMONDS or HEARTS or CLUBS A23 of SPADE or DIAMONDS or HEARTS or CLUBS KQJ of SPADE or DIAMONDS or HEARTS or CLUBS QJ10 of SPADE or DIAMONDS or HEARTS or CLUBS................ ........432 of SPADE or DIAMONDS or HEARTS or CLUBS RUN - any same card of same number AKQ of any group or mix but in order of SPADE or DIAMONDS or HEARTS or CLUBS A23 of any SPADE or DIAMONDS or HEARTS or CLUBS KQJ of any SPADE or DIAMONDS or HEARTS or CLUBS........ ....... 432 of any SPADE or DIAMONDS or HEARTS or CLUBS COLOR - any card but of same group can be randomly any thing.eKQ2 of Hearts or 589 of Spade. but their highest value card depends on cards that the player makes. color can be conssits of any thing for comparing player A has K83 of SPADESplayer B has 639 of HEARTSplayer B has Q99 of DIAMONDSplayer D has K92 of SPADESthe winner is D because he has K92 which is bigger than K83PAIR - any pair with of cards from any group 443, 99J, QQ6 these are pairs but bigger pair is again AAK and smallest is 223IDIVIDUALS - any cards with not belonging to same group or color or arranged.Like 5(hearts) 7(spades) 9(diamonds) they make up nothing just the higest card is 9.Like wise K (hearts) 3(hearts) j (clubs) they higest card being K.How to playFirst a player arranges his 13 cards like this 3 , 3 , 3 and 41.One player throws first 3 cards then the rest of the players throw their 3 cards being their Higher Value.2.Then the winner takes those cards and throws his second highest card and again the same the winner takes all those cards if he has the highest value.3.Then again the player throws his 3 cards and the same the winner takes it.4.Then left is 4 cards those are then thrown by the winner who won the third time and rest throw and again the highest value card wins it all5.The game goes on until a player reaches 1000 points individually.
Hazari APK Version History