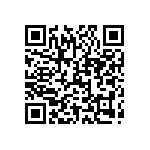 High Speed Police Chase is a high-octane multiplayer Police Chase racing game. Tap at the perfect time to make quick, unexpected turns. They will be crucial in outrunning your opponent and winning the pursuit. Be ready to give it your best - you will be competing against another player in real time!

Play as a Cop or a Robber in a series of city locations. Avoid traffic, dodge roadblocks and most of all drive fast enough to either escape or catch the criminal.

Practice in single player training mode but Real Time Multiplayer is what it’s all about.

Earn Money and Bet to Win even more. Rewards increase with the stakes - but so does the risk!

★★★ TURN BASE MULTIPLAYER ★★★
Multiplayer mode is where the real fun begins! Play with friends or with hundreds of thousands of players from around the world. Send them a challenge and show them who is the ultimate Champion!