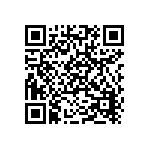 hoverboard rush is an exciting and free skateboard game! Rush around subway in hoverboard to reach the highest score!It is a awesome freestyle 3D skateboarding game. Run as fast as you can, Jump to avoid obstacles, on time in fast speed hoverboard to be the best hoverboarders champion hoverboard rush is so easy to control but super fun. speed up, jump or perform various tricks in the air and land safety. More skills of hoverboard, such as rush, turn left or right, jump or slide to accelerate or jump over the obstacles on the subway and get the scores as possible as you can. Earn skill points to level up your character skills. Excited hoverboard rush game. there are more characters to choose, every character has unique dressing and action. more hoverboards, surfs in subway to avoid the coming train!Hoverboard Rush Features:-hoverboard game-The way to play is very easy -Surfs or run as fast as you can-Get the points multiplier and reach a much higher score-Jump, slide or turn left or right to avoid the coming train-Amazing sound effects-Great 3D graphics-Collect coins or diamond on the way-More characters and hoverboard to choose-One finger to control -Smooth and rhythmic control-Upgrade your props, such as magicJoin the most daring chase!
Hoverboard Rush APK Version History