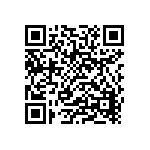 The general goal of the game is to create a series of Rube Goldberg devices: arrange a given collection of objects in a needlessly complex fashion so as to perform some simple task (e.g., put the ball into a box or start a mixer & turn on a fan). Available objects ranged from simple ropes and pulleys to electrical generators, bowling balls, and even cats and mice to humans, most of which had specific interactions with or reactions to other objects (for example, mice will run towards nearby cheese). The levels usually have some fixed objects that cannot be moved by the player, and so the only way to solve the puzzle is carefully to arrange the given objects around the fixed items. There is also a freeform option that allows the user to play with all the objects with no set goal or to also build their own puzzles with goals for other players to attempt to solve.Notably, the games simulated not only the physical interactions between objects, but also ambient effects like varying air pressure and gravity. The engine does not use a random number generator in its physics simulation, ensuring that the results for any given machine are reproducible.
Incredible Machine APK Version History