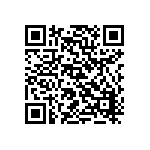 Game for girls LoliRock Lyna Dress Up : Not much is known about her, but she appears as a shy but brave princess. Ever since her debut, she was a ruthless and cold-hearted prisoner of Gramorr. Later she revealed a more light-hearted personality. It is revealed that she likes crystal tea and is proud of her castle in Borealis. She also stated that she was used to the life of a princess and never imagined she would be in mud joining the resistance. She is often arguing with Carissa. Her sophisticated demeanor clashes with Carissa's brashness. Though the two of them work very well in battles.
Iris APK Version History