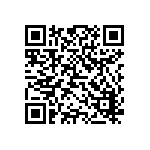 Game Features:- Real 3D dice- One tap Multiplayer (up to 4 players)- Play with friends over the internet (up to 4 friends & cross-platform)- Play against random opponent (cross-platform)- Play with your friends via Bluetooth- Play against smart computer (offline)- 3D Dice changing color according to color of actual player on turnGameplay rules:The game is played between 2 to 4 players and you have the option of playing the game against the friends, against your computer, or even against players from around the world. The objective of the game is pretty straightforward; each player gets 4 tokens, these tokens must make a full turn of the board and then make it to the finish line.To enter a token into play from its staging area to its starting square, a player must roll a 6. If the player has no tokens yet in play and does not roll a 6, the turn passes to the next player. Once a player has one or more tokens in play, he selects a token and moves it forward along the track the number of squares indicated by the die roll. Players must always move a token according to the die value rolled, and if no move is possible, pass their turn to the next player.When a player rolls a 6 he may choose to advance a token already in play, or alternatively, he may enter another staged token to its starting square. The rolling of a 6 earns the player an additional (bonus) roll in that turn. If the additional roll results in a 6 again, the player earns an additional bonus roll.Whoever gets all four tokens to the end first is the winner. However, each move can only be made based on the number decided by casting a six-sided die, and each token can only move out of their home by casting a six. Additionally, the competition factor of the games is upped by the fact that while moving if another player’s token lands on the same square as your token, then your token will automatically be sent back home and you’ll need to roll a six again.Privacy Policy: http://sarjak.in/privacy-policy/
Ludo Smart Multiplayer APK Version History