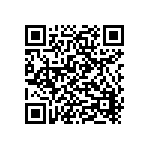 Magic Academy is a hidden object game with a mysterious mix of puzzles and adventure! A sorcery detective story, magical items and mystery are woven together to produce an enjoyable mix of charmed seek & find crime adventure and a hidden object story!Mysterious events have shocked the world of magic! A young student wizard named Annie has disappeared from the fortress of the Higher Academy of Arwindale. Her little sister Irene decided to enroll at the Magic Academy and promised herself to find her sister no matter what. At first glance, it appeared that the friendly wizards of the castle had something hidden. But eventually she realized that only real lords of sorcery could uncover the mystery held by fortress of this higher school of magic.Features:- Mysterious and magical storyline- Exciting hidden object tasks from the masters at the Academy’s castle - Spell lessons and recipes of ancient charmed potions- Characters of sorcery will show you the secrets of magic- Charmed fortress locations bring you to the world of wizards and warlocksMagical puzzles, mystery hidden object tasks, sorcery and the mysticism of the Magic Academy wizards are waiting for you! Act quickly! Magic does not tolerate confusion!This hidden object adventure puzzle is recommended to all fans of Harry Potter, sorcery, witches, magical items and predictions, spells and seek and find games!TRY IT NOW FOR FREE, THEN UNLOCK THE FULL ADVENTURE FROM INSIDE THE GAME.LIKE GAMES BY NEVOSOFT? WHY NOT TRY SOME OF OUR OTHER GAMES! Arcade & Action:City CatStrategy, simulation & resource management:My Kingdom for the Princess LandGrabbers: Strategy GameMy Kingdom for the Princess 3Match-3 puzzle gamesWonderlines: match-3 puzzleHidden Object Games:Christmasville: missing SantaPirate Adventures 2Pirate Adventures Mushroom Age: time adventureMillion Dollar AdventureMagic Academy 2: mystery towerDream Sleuth: hidden objectMysteryville: detective storyMysteryville 2: hidden crimeGet the inside scoop on Nevosoft Games:Join us on Facebook: http://facebook.com/NevosoftFollow us on Twitter: http://twitter.com/NevosoftGamesWatch us on YouTube:http://youtube.com/NevosoftCOMVisit our site: http://android.nevosoft.com/
Magic Academy APK Version History