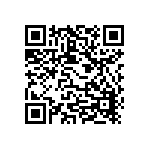 The power to save the Marvel universe is in your hands! MARVEL Duel is a fast-paced strategy card game featuring the world’s greatest Super Heroes and Super Villains. A mysterious evil force has altered the most iconic events of Marvel history. Restore the universe by summoning your favorite characters and outsmarting your opponents with effective strategies! Assemble your deck, save the universe!Pre-Register now to receive 10 General Expansion Packs in the game!- Exciting 3D Multiplayer Combat Engage in epic combat any time, any place! Witness your favorite Super Heroes and Super Villains unleashing their ultimate power through cinematic visual effects! - Battle in All-New Marvel AdventuresFamiliar characters, unexpected story! Relive well-known events such as Civil War, Infinity War, and more, but with unexpected plots and twists! Bring your deck along to save the entire Marvel universe.- Collect Iconic Super Heroes and VillainsOne of the largest rosters of Marvel characters in a mobile game ever! More than 150 characters are available for collection and upgrade. All types of Iron Man Armors, Spider-Men from different universes, and a multitude of brave Asgardian warriors… Gather them all! - Customize Your Own DeckPlay your way with decks of your creation! Have Thor fight alongside Loki, or have Iron Man team up with Thanos! Without limitations, the possibilities are endless! - Deep Strategy with Stunning Game VisualsDive into the world of Super Heroes! Enjoy the immersive Marvel experience with CG-ready models and striking in-game graphics.© 2020 MARVEL
MARVEL Duel APK Version History