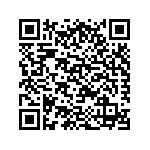 The description of Modern Combat Versus: New Online Multiplayer FPS We provide Modern Combat Versus: Online Multiplayer FPS (Unreleased) APK file for Android devices and up or Blackberry (BB10 OS) or Kindle Fire and many Android Phones such as Sumsung Galaxy, LG, Huawei and Moto. So download Modern Combat Versus: Online Multiplayer FPS (Unreleased) from APKPure now! Modern Combat Versus is an online FPS where players can choose from 12 different specialized agents and engage in chaotic 4v4 online battles. It comes with 5 maps that feature both close-combat and long-range scenarios. Players team up and and fight against their opponents to control a central location, so it sounds like there’s a siege aspect to it. Choose your Agent, master your role, and dominate the field of battle with your team. From skilled run ‘n gun attackers and covert assassins to team supporters and defenders, there’s an Agent for every style of warfare. FEATURES • Make every bullet count in 4 vs. 4 online multiplayer battles as your team fights to control a central zone. • Play as 12 specialized Agents, each equipped with unique guns and abilities! • Go for the kill as you battle across 5 distinct maps featuring close-quarters and long-range warfare. There’s multiplayer action around every corner. • Get promoted to higher competitive leagues where the warfare hits new heights of online action! Earn free prizes and prestigious rewards. • Pick-up and play with groundbreaking, intuitive shooter controls that are designed perfectly for an FPS game. • Get immersed in the action with the best FPS console-quality graphics featuring stunning visuals and effects. • New Agents and guns, game modes, and maps are coming soon in more free updates for this amazing shooter! If you’re a fan of online FPS battles, team based shooter games, and run & gun warfare, then drop into the action for free! Download NOW! We think you may also like the GAMEs: Mobile Legends Bang bang; Last Day on Earth: Survival, and Critical Ops, ect.
MCVS APK Version History