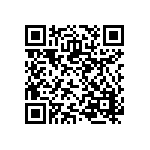 The description of Metal Guns - Soldier legend This game soldier revenge is the greatest action game, is combination of fighting games and shooting games. Free games, you can completely enjoy the game everywhere, all the time. Enjoy this great game right now.Game future:- No more concerns about the internet, game completely free.- Different kinds of weapons, AWP, ups, AK-47.. such as shotgun, heavy machine gun, rifles, rocket launchers, and smoke, hydro grenades.- Campain zone with 100+ Levels, waiting for you to conquer.- Over 150+ levels of survival mode- Challenging boss fights- Live sound, great graphics.- Skills and awesome skins.How to play:When the battle begins, you needs to fight off the metal commando that are constantly attacking your. Whenever you want to shoot them or avoid getting killed. This is a fierce soldier revenge battle, use many shooting skills you will be able to make your gun stronger than destroy all metal soldiers. Try not to be hard hit by metal squad.Some extremely dangerous metal squad and soldier revenge need stronger weapons than those who start. Upgrade the attack, armor, health to be better in each level!Metal Gun is the first option for you passion game action. Kill the metal soldiers as fast as you can.Army soldier require highly-professional skills. Will you help our army soldier in his fighting and killing against the metal commando.Win the game as you destroy all metal soldiers. Dowload and enjoy now!!!
Metal Swat APK Version History