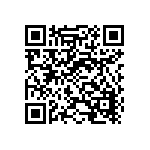 If you enjoy Mr. Eyes Free, you can buy this version to support me and remove ads.It is exactly the same as the free one ( nothing more ).¤ It's bizarre, simple, and strangely addictive app of the day POCKET-LINT.¤ This game is totally addicting and an absolute blast TALKANDROID.¤ Fun and challenging app of the day APPSZOOM.¤ Good time killer DROIDGAMERS.¤ Seen on UNKAND.COM !!!Mr. Eyes is a totally innovative new game inspired by basketball. To succeed, you will need both skill and speed. It uses the laws of physics on 60 levels in 5 different sceneries, boosted by a delirious soundtrack and completely new HD graphics.Mr. Eyes is a funny alien who loves basketball. So he trains to make baskets with his removable eyes.What’s the principle of this new game? Send a maximum of eyes in the baskets in less than 24 seconds to unlock the next level. Four eyes in each level. You must complete at least one launched to reach the next level. You will have to show dexterity and skills to find the right way to overcome each challenge. Variable attraction and switches are some of the obstacles that await you and that you will measure. You can also find Mr. Eyes in its free Lite version with the first six levels and the possibility to unlock two others with a trick.Game highlights:- completely new, unlike anything else;- a precise and very handy trajectory line;- a selection of funny characters;- an original soundtrack;- an innovative HD graphics;- a full operation of the laws of gravity.Seen on:- AppsZoom.com 4/5 ( app of the day )- Pocket-Lint.com ( app of the day )- Droidgamers.com- Refurmods.comMade with Andengine.
Mr. Eyes APK Version History