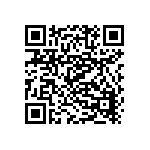 Welcome to the New York City! Be a daring mafia gangster in the famous city of sin! Play the game of the most action filled street crime gang city simulator game and enjoy the beauty and the city that never sleeps. Explore the strategies of the street gangster mafia wars. Get yourself indulge in the beauty of the beautiful New York City. Make everything and anything possible. Make New York the sin city of the world. Have a strategic mind and be the mafia crime gangster!Move and wander around the city and get ready for the first mission in Times Square New York City. Meet the agent of the mafia god father and get the details and plans for the city bank robbery. Accomplish all the missions strategically. Save your friend from street crime gangsters now in the New York Stadium. Explore the whole city now and complete the crime gang wars missions. Get into your favorite car now that is running on the road. Make the New York City an open world and be the grand robbery criminal.Experience the most realistic open world game with thrilling missions of city gangster mafia hero. Be the crime lord in New York. Go to the Solomon R. Guggenheim Museum for the robbery mission. Take your gun with you to complete the grand gang wars robbery. Get the unforgettable experience around the city of lights. Time to kill the crime mafia downtown gang in the Empire State Building. Follow the map and reach to the required location to meet the agents of the grand crime lord god father!Enjoy the thief life as the crime gangster in different areas of the New York City. Fight with other criminal gangster on Brooklyn Bridge. Change your weapon anytime you want. Upgrade them as well. Live a thug life and complete the theft missions in different areas like George Washington Bridge, Manhaton Bridge, Roosevelt Island Bridge and The Seagram Building. Complete all the robbery missions and steal auto car vehicles. Take over the New York City now but be careful of the police cop and don’t get busted. Don’t lose the missions due to the evading police cops. You can start racing through the street gang crime city. Shoot down other crime mafia gangster in the street gang wars in Central Park and High Line. Show your guts as the best gang crim lord. FEATURS-Beautiful and stunning graphics of open world-Eye catching view of the entire New York City including famous places-Crime gangster city robbery missions -Upgradable gun selection and character selection-Thrilling open world gang wars missions-Different map directions to wander around New York-3D HD environment of New York City
New York City Gang Crime Thug APK Version History