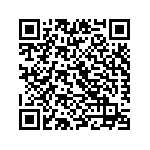 NFL 2019: American Football League Manager is the NFL’s official draft strategy game. This is your chance to develop the right strategy for your favorite team. The NFL season has already begun, and the goal is the same as every year: to win the Super Bowl!This 2018-2019 draft campaign will be more difficult than ever. Work as a general manager to get the best quarterback, linebackers and linemen on the market. Become the Super Bowl NFL champions like the New England Patriots. Get superstars like Tom Brady, Aaron Rodgers, Richard Sherman, Carson Wentz or Antonio Brown to play for you. Are you ready to dominate the National Football League? Win every NFL game!NFL 2019: Football League Manager has the official license from the NFL. Join us in the best PvP football manager 2019 game with your friends from all over the sports world.Become the best football manager coach of the 2018/2019 season. Decide on your strategy to become the champs of the Super Bowl. Will you manage to take a rookie to the All Pro Game?In this NFL game you will be the manager of Tom Brady, one of the best quarterbacks in gridiron history. Win the Super Bowl and rewrite the course of your franchise!LEAD THE REGULAR SEASON LEAGUE AND THE PLAYOFFSThe competition is long, and you will need to motivate and coach your stars to improve their performance throughout the year. Will you be the champions and win a NFL ring like the New England Patriots? For that you will need to act like a card trader and exchange players, working towards a balanced squad.MANAGE YOUR FRANCHISE IN THIS AMERICAN FOOTBALL MANAGER GAMEIn this official NFL football manager game you will have to coach your team to win the 2019 NFL champions national league. How will you adjust tactics when you are losing and the game is on the line? Will you be the best sports manager of the draft?Take your franchise to the next level by winning the Super Bowl national league. You can manage players like Richard Sherman or Tom Brady, the legendary quarterback of gridiron.TRAIN & COACH YOUR PLAYERS TO WIN THE RUGBY LEAGUETrain your quarterback to pass the football and your running backs to get it into the end zone. Master the tackle technique with your defensive players and practice field goals with your kicker. Training the right moves is what will help you overcome the tension in the crucial moments, especially if you need a last-minute touchdown or a Hail Mary. This is when the real leaders prove their worth. In this NFL football manager game all the details count to become the final football champion.Will your team win the 2019 Super Bowl and the Lombardi Trophy and will be your QB the MVP of the year? Become the best scoring into the goalpost in this gridiron game!If you like American Football Super Bowl games, you will love this official NFL game. Become the champions like the New England Patriots!BECOME A TEAM CREATOR LEGENDNever lose a rugby game by lining up an unbeatable formation of NFL football players. You become the team creator and your fans will support your team to the end! It is in your hand to manage the situation with the help of your best companion, like the quarterback Tom Brady. Do not miss the opportunity! Don't worry if your shot does not go into the goalpost, try again!Super Bowl games like the NFL 2019: American Football League Manager are the ones that get the best from their players. Similar to trading cards games, this game allows you to exchange players to have a balanced team, both on offense and defense. Form a fantasy lineup and become a legend of the NFL Champs!If you like Super Bowl games you will love this new NFL manager game.Support: In the game: “More - Support” or at www.fromthebench.zendesk.comForum: https://fromthebench.zendesk.com/hc/en-us/community/topics/360000702654-NFL-ManagerStart your career in sports and become a Super Bowl football manager 2019! Download the official licensed NFL 2019: Football League Manager now!
NFL Football Manager APK Version History