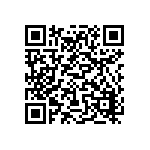 Sometimes you get stuck in the groove of playing the same old games like Ono Party. This online version of the popular card game Ono Party ensures that you can now play your favorite card game anytime anywhere.As you know, the goal is to get rid of your cards before your opponents do. When you have only two cards left, don't forget to hit the Ono button! So if you’re looking for something new, here’s a new classic Crazy Eights card game for you to try…it’s called Ono Party.The object of this ultimate card game is to get rid of all your cards before the other players get rid of theirs. All you have to do is to get rid of cards from your hand by discarding cards that match the top card in the Discard pile in the center of the table.It is a simple color and number matching game. The biggest advantage of Ono Party card game is that it can be enjoyed by everybody in the family. From grandparents to kids everybody can enjoy a game of Ono even along with their Buddies. No matter what the occasion is, Ono seems the favorite choice for the group.The card deck contains four colors with numbers from 0 to 9, as well as action cards - "Reverse", "Skip", "Take Two", "Wild" and "Wild Take Four".Each player is dealt 7 cards with the remaining ones placed face down to form a draw pile. The first player has to match the card in the discard pile either by number or color or the player can throw down a Wild Card else he must pick a card from the draw pile. If he can play what is drawn, great. Otherwise play moves to the next person.The winner is first one who has no cards left. Points are scored and you start over again.Tips & tricks to be remembered:1. Play your cards before the timer runs out2. You should say Ono before throwing second card and left with only one else you will get two penalty cards.Play with your Facebook friends, against the computer or with millions of Uno players around the world.You can also create Private Room and invite your friends to play.This is a classic game of family fun! Race to get rid of all your cards! Use the Action Cards against your opponents. When you're down to one card don't forget to yell "Ono"! Ono Party is the game you can play anytime anywhere. Don’t you think Ono Party would be a great addition to your next game right?Download Ono Party for your phone and tablets today and have endless hours of fun.So, what are you waiting for? Download Ono Party now for FREE!!★★★★ Ono Party Features ★★★★❖ Create Private Room and Invite Friends and Family❖ Play with players across the world❖ Play with Facebook Friends or as Guest ❖ 2, 3 & 4 Player Modes❖ Three strategic AI players❖ Fast-paced, competitive and fun - for free!❖ 3 action cards and 2 Wild cards ❖ Touch friendly interface ❖ Excellent game graphicsPlease rate and give your feedback for Ono Party for further improving the game.We will be grateful to hear your opinions and improve - whenever needed - in future versions.Enjoy playing Ono Party anywhere anytime, Free!
Ono Party APK Version History