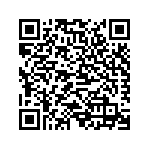 OpeningTree is a chess opening book that lets users navigate the tree of openings and Stockfish 10 engine analysis is available including multiple lines of analysis if the user wants. Chess games can be loaded from PGN game files to check against the book or to just use the app as a PGN reader.The opening book is made from about 345,000 games from the last ten years with both players rated 2300 and up. The stats next to moves are how many games resulted in wins, draws or losses. The concept originated from computer opening books as if we can open up the book and see the moves that people play in response to chess opening positions.The analyze button on bottom of app is to flip between viewing the openings move table or seeing Stockfish engine analysis. +1.00 score means white is ahead a pawn. -1.00 score means black is ahead a pawn. There is a move button to make the engine make the current best move and this can be used to play a line out.In the Actions menu PGN game files can be opened. OpeningTree asks for the permission to access device storage for the purpose that when the user goes to Open PGN our file chooser will work. The app also comes with some installed PGN files on Open App's PGN menu item. To ensure speed in loading, it will only read/load a max of 2500 games. With bigger files users will only see first 2500. The menu option to open the apps PGN vs open any PGN will work with no special permissions. There is a Save Board to PGN option on the menu. It saves the current moves to a file OpeningTree will create on first save. . This allows the users to move data out of the app with the mail games button available in the game list view. Games are saved with white and black players names named after the opening such as Sicilian vs Sicilian or QGD etc.While users do not pick the openings they study ahead of time, they start with all the first moves in the tree such as e4, d4 and Nf3 arranged by most winning, after making a few moves the opening name will display below the board such as King's Gambit or French Defense to alert the user what opening they have moved into.
OpeningTreeChess APK Version History