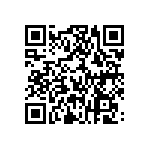 Radha maa Mantras | OFFLINE | HD Audio | Repeat | FREE | HD God imageRadha is an important goddess in the Vaishnavism tradition of Hinduism, as well as an aspect of the Shaktism tradition. She is a goddess whose traits, manifestations, descriptions, and roles vary with region. Since the earliest times, she has been associated with one of the most popular Hindu gods, the cowherd Krishna.[2] In the early Indian literature, her mentions are illusive and not as common as other major goddesses of Hinduism, but during the Bhakti movement era she became popular among Krishna devotees whose strength is her love.According to Jaya Chemburkar, there are at least two significant and different aspects of Radha in the literature associated with her, such as Sriradhika namasahasram. One aspect is she is a milkmaid (Gopi), another as a female deity similar to those found in the Hindu goddess traditions.[13] She also appears in Hindu arts as ardhanari with Krishna, that is an iconography where half of the image is Radha and the other half is Krishna. This is found in sculpture such as those discovered in Maharashtra, and in texts such as Shiva Purana and Brahmavaivarta Purana.[14] In these texts, this ardhanari is sometimes referred to as Ardharadhavenudhara murti, and it symbolizes the complete union and inseparability of Radha and Krishna.Radha's depictions vary from being an already married woman who becomes an adulterous lover of Krishna in a secondary role,[8] to being dual divinity equal to Krishna in Jayadeva's Gita Govinda, to being supreme object of devotional love for both Krishna and devotees in Rupa Gosvami's tradition.In some Hindu sub-traditions, Radha is conceptualized as a goddess who breaks social norms by leaving her marriage, and entering into a relationship with Krishna to pursue her love.[8] According to Heidi Pauwels, it is a "hotly debated issue" whether Radha was already married or had an affair with Krishna while she remained married.[15] Several Hindu texts allude to these circumstances.Radha's story has inspired many paintings. Above: Radha waiting for Krishna by Raja Ravi Varma.According to David Kinsley, a professor of Religious Studies known for his studies on Hindu goddesses, the Krishna-Radha love story is a metaphor for divine-human relationship, where Radha is the human devotee or soul who is frustrated with the past, obligations to social expectations and the ideas she inherited, who then longs for real meaning, the true love, the divine (Krishna). This metaphoric Radha (soul) finds new liberation in learning more about Krishna, bonding in devotion and with passion. 1008 names of Radha राधा के १००८ नाम Jaya Radha जय राधा Radha Chalisa राधा चालीसा Shri Krishna Stuti श्री कृष्णा स्तुति Radharani राधारानी Om Radha Krishnaya Namaha ॐ राधा कृष्णाय नमः Radha Gayatri Mantra राधा गायत्री मंत्र 108 Names of Sri Radharani राधा के १०८ नाम
Radha Mantras APK Version History