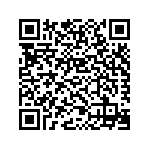 The description of Real Robot Fighting ***Best Robot Fighting Game 2018 on Mobile & Tablet!*** Like robot games, robot boxing games, robot fighting games? Then Real Robot Fighting 2018 is for you! Go for the K.O.!Make Your Opponent See Stars! Transform the Robot legends into powerful Champions to win big in Combats, Versus Leagues, & Global Tournaments. Every battle will define you—Train hard, join the fight.Who’s in your Real Robot Fighting 2018? Choose your fighter as a Robot Fighting machine and lead to fighting off steel opponents in this ultimate gritty action and sports adventure of high-tech Boxing and Fighting.Assemble a team of legends or fight alone to combat the forces against you by Unleashing furious attacks using special moves, jabs, and punches. Master unique combos and crush steel opponents in dynamic 1-on-1, 2-on-2, and 3-on-3 battles. Become an ultimate robot champion by unlocking steel robots weighing over 2,000 pounds and reaching up to 8 feet tall and, dominating your foes in PvP contests. ACTION PACKED COMBAT ▶ Unleash epic combos with powerful skills on your opponents to define your own fighting style!▶ Round one, fight: Take your battles to the next level—inflict massive damage using your favorite robot characters’ super moves▶ Earn rewards from each fight to customize and upgrade your robots.▶ Team up with friends and assemble an unstoppable League! Together you can prevent the collection of worlds and defeat the ultimate bosses. ▶ Be social & Play with Friends— participate in friendly battles and fight against other players in PvP League mode to prove you're the best there ever was!CONSOLE QUALITY GRAPHICS▶ Real Robot Fighting 2018 features rich gameplay in high definition combat and the best graphics on mobile for a top-rated role-playing war games experience!▶ Optimized for tablet devices▶ Multiple Battle Arena Environments▶ 4K Landscapes, Progressive shadows, hi-resolution textures, crystal clear details, Powerful AI, and realistic robot models all combine to make this one of the most beautiful robot fighting games on your mobile device!FIGHT YOUR WAY TO THE TOP Crush your enemies, conquer mighty bosses, and become the next great Boxing legend! Do you have what it takes to kick, punch, jump, and slash your way to victory?PVP ONLINE BATTLES (WORLDWIDE VERSUS BATTLES)▶ Fight the greatest ranked robot brawlers in exciting Global Multiplayer battles.▶ Real-time battles against robot fighters from around the world in epic PvP combat▶ Join the fighting contest: enjoy daily challenges and rise up the leaderboard with every victory ▶ Become the champion the world needs—enter a contest of steel robots where only the powerful winFeatures▶ Choose your fighter from a selection of 12 Robots!▶ Choose from 1-on-1, 2-on-2, 3-on-3 Combat, or PvP Contests to fight!▶ Across 60 Mighty Challenges with Gigantic Robots.▶ Devastate your enemies with intuitive fighting interface controls designed especially for touchscreens.Action Battles with Intuitive Controls▶ Easily control your favorite Robot fighters.▶ Dip, duck, dodge, and weave to avoid your opponent's attacks and strike back with a perfect counter!▶ Unleash fierce combos and explosive special moves with the touch of a finger!Note:This fighting game is completely free to download and play. However, some items are available for in-app purchase that can enhance gameplay and speed up your progress can be purchased with real money from the game. You can restrict in-app purchases in your store’s settings.Enjoying Real Robot Fighting 2018? Be the first to know! Get inside Supercode Games info on great deals, plus the latest game updates, tips & more…▶ Facebook: https://www.facebook.com/SupercodeGames/▶ Youtube: https://www.youtube.com/channel/UCPIF1S-dxzEd65uaI5--Mtg▶ Website: http://supercodegames.com/
Real Robot Fighting APK Version History