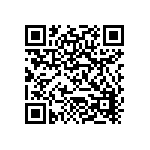 Shazam is one of the world’s most popular apps, used by hundreds of millions of people each month to instantly identify music that’s playing and see what others are discovering. All for free.

And that’s just the beginning: One-tap access to video clips, song lyrics, related tracks and streaming services, where you can listen to your Shazams in full or buy them.

Top artists like Adele, Kendrick Lamar, Demi Lovato, are using Shazam to find new music, and you can follow them to share in the thrill of discovery.

• Identify music with one tap
• Turn on Auto Shazam to automatically identify music that’s playing
• Simply log in to sync all your Shazams across all devices
• Shazam Offline: Identify music even when you’re not connected!*
• Sing along to songs with real-time music lyrics, or watch their YouTube videos
• Follow your favorite artists to see what they’re Shazaming
• Preview songs and add them to Spotify playlists**
• Launch Pandora radio based on artists you Shazam**

• Buy your Shazamed songs in Google Play Music with just one tap
• Stay in the loop with Shazam’s real-time charts
• Check out recommended tracks to find new music
• Find out what’s popular locally and around the world in the Explore tap
• Ask the Google app to Shazam for you! Just say, “Ok Google, Shazam this song”
• Quick links to Google Play and Amazon stores

MORE THAN MEETS THE EAR

• Shazam for TV! Use Shazam to identify television by tapping the same blue button
• Shazam visual recognition: Tap the camera icon to Shazam posters, magazines, books and so much more! Use it anywhere where you see the Shazam camera logo
• Visual recognition also works as a QR code reader
• Find your past Shazams in Google Now
• Launch Shazam on your Android Wear smartwatch to see the artist and song appear

• Previewing and buying music requires the Google Play music store in your country
• MIPS devices are not supported
• Why does Shazam need these app permissions? https://support.shazam.com/hc/en-us/articles/205139787-App-Permissions
• Don’t want the advertising? Upgrade to Shazam Encore: https://play.google.com/store/apps/details?id=com.shazam.encore.android

*Song names will appear in your My Shazam tab once connection is restored
**Some features are dependent on location, device and app version

Any questions or feedback? Check out: https://support.shazam.com/hc/en-us/categories/200239877-Android