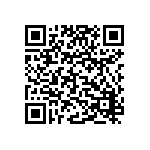 Featuring enhanced gameplay elements, including the classic Sonic Spin Dash, and the versatile Homing Attack, Sonic 4 picks up right where Sonic and Knuckles™ left off.__________________________________________________2 EXCLUSIVE LEVELS!!! Two exclusive levels built specifically for smartphones using the accelerometer. NEW MOVES All of Sonic's classic moves are available, including the newer Homing Attack which will add a new level of control and excitement.CLASSIC SONIC STAGES Race through 4 unique zones containing 4 acts each as well as 7 special stages. SPECIAL STAGES RETURN A staple of the Genesis-era games, the special stages return allowing fans to collect the 7 Chaos Emeralds and unlock Super Sonic. REVAMPED CLASSIC BOSS BATTLES Dr. Eggman returns with new and improved mechas and will go berserk when he accumulates damage.¬¬GamePro - “…this looks and feels like a genuine Sonic game, deserving of the 4 attached to its title.”IGN – “After an afternoon in its presence it's become seared in our conscience just like the classic levels of the early Sonics – and surely that's reason enough to have faith in Sonic the Hedgehog 4.” ** CHECK OUT THESE OTHER GREAT GAMES **• Sonic CD™• ChuChu Rocket!™Be the first to know! Get inside SEGA info on great deals, plus the latest game updates, tips & more…FOLLOW US: twitter.com/segaLIKE US: facebook.com/segaVISIT US: http://blogs.sega.com/Play SONIC 4™ EPISODE I on your big screen TV with MHL. Visit www.meetmhl.com for more information.
Sonic4 epI APK Version History