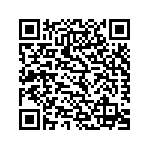 Play the popular solitaire game TriPeaks for FREE on your Android device!TriPeaks (also known as Tri Towers, Triple Peaks or Three Peaks) is a fun solitaire card game that combines elements from Golf Solitaire and Pyramid Solitaire. The object of TriPeaks Solitaire Challenge is to clear all of the cards from the three peaks. Just tap on the cards that are one rank higher or lower than the foundation card. If you run out of moves, turn over a new card from the deck. You earn points for each card you place on the foundation card and extra points for clearing each of the peaks.
TriPeaks Solitaire Challenge APK Version History