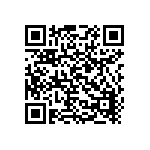 The description of War Of Spells Knife combats, gun-fights, artillery fire... There is nothing of the sort in this world of magic. Meet the first of a kind, unprecedented magicians shooter with powerful spells, magic wand, and colorful splashes! That's your great chance to become a magic hero!Only your magic skills define if you are going to win or lose all the countless magicians battles between the Marauders and adepts of the Order of Magic Policy.visit the true magic academy. Here the two warring parties of magicians and summoners will meet and clash in spelly wizard duel and show off their most powerful and impressive battle and defense spells from the spell book. Fight after fight, they will upgrade their skills and mount the steps of the ranking system.Choose your own way in the world of magic. Decide if you wish to become a magician or one of the summoners. Fight against the enemy team, show all your might and become a magic hero.Learn new spells from the spell book and master fighting strategy skills. Remember that there is a special moment for each spell. It is only for you to decide when attack, or protect.Find a special magic wand for battles. It will be your credible partner. No matter, how many spells you know, if your wand isn't powerful enough.Win the spelly wizard duel and receive higher ranks. Reach the top of magicians combat mastery and earn worldwide recognition.Features:Amazing and mysterious world of magic and the magic academy;Powerful magicians and summoners at the spelly wizard duel;Spell book with mighty charms to learn;Magic wand variety for more breathtaking battles;Chance to become a magic hero.Become one of the wizards from the magic academy. Now it's time for you to make your choice - join magicians or summoners sides and get on top of the spelly wizard duel art.
War Of Spells APK Version History