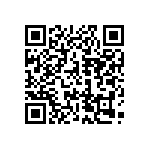 Get ready to Live the life of wolf simulator in the ultimate jungle. Become the a wild wolf and real hunter to survive in this wild wolf games.This ultimate wolf simulator game includes fantastic adventurous environment and epic cut scenes to make thrilling gameplay. Explore the jungle as a ultimate wolf simulator. Be a wild Wolf sim 3d and survive in the wildness as long as you can. Start your own pride of wolves, fight for your life against fierce animals like moose, bear and fox. You are a wild wolf in this wild animal simulator game and have to survive in jungle with wild wolf simulator real hunter. Race in the ferocious jungle in search of preys! Show the wilderness and anger of a wolf! Rage off in the jungle and complete animal killing quests!Roam about the beautiful forests and green plains and become their real terror for the other animals. In this wild wolf game you can play as real wild Wolf and become the most powerful animal in the wilderness. Be a wild wolf simulator with mating and enjoy real wolf’s life with survive, fight and search of food for yourself and also for your cubs and mate. In this wolf simulator games you have a quest to hunt down animals like Lion, Deer, Elephant, Tiger, Buffalo, Ship, Lioness, Goats, Crocodile, Bison. With latest in 10 different missions in this angry wolf simulator games. Remember that the health, energy, water and food indicators - if one of it drops – there is no chance to stay alive! Upgrade your wolf’s skills to protect your pack! It’s your chance to give birth to a little cub and start your own wolf family or pack. There are multiple attack of wild wolf to hunt the other animals like bites with ultimate pounce attack and also power button attack for killing them rapidly. You have family and your cubs are in growing stage you have to fight for them and protect them until they grow into fierce fighters with this free wolf simulator games to raise a family. In this Real hunter wolf games there are 10 adventurous mission. In each level is fill with thrill and more exciting .In this angry wild wolf simulator you have to battle against wild animals like crocodile, lion, cougar, fox, elephant, deer, boar, buffalo, goat and some other small animals that can end your hunger. Play wild animals games animal simulator free wolf with babies and dens.Features of Wild wolf Simulator• Play as realistic Wild Wolf Simulator • Real Battle of Angry Wild Wolf Simulator• Beautiful and realistic 3D jungle to explore• Wild Wolf Simulator full of 10 entertaining & real hunting missions• Real day and night cycle• A big collection of animals to attack like cheetah, cougar, lion, zebra, deer, lioness, jaguar, rhino, gazelle, Elephant, fox, hyena, boar and buffalo• A variety of wild sounds with real snow jungle game playGet ready to show wildness and anger of an angry beast! Control your furious wolf, search for food and fight for survival with your clan of Arctic wolves and family!Wield razor sharp teeth and piercing howl to strike fear into the heart of your foes!Fight for your life against brutal wild animals.Download Ultimate Arctic wolf simulator 3D. Exciting RPG-style gameplay and real nature sounds will never get you bore.The most realistic wild wolf simulator.Hunt or be hunted in battle of hunger and life in harsh snowy weather!We welcome your your suggestions for ultimate Arctic wolf simulator.
Wild Wolf Simulator: Real Hunt APK Version History