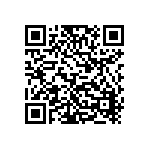 The best first-person zombie shooter game with incredible 3D graphics. Your goal as a retired veteran is to save humanity from the zombie apocalypse. Annihilate the walking dead before the virus spreads and the zombie tsunami becomes unstoppable. FPS action in this zombie shooter game. Adjust the zoom in your rifle, pull the trigger and make awesome headshots. Can you stop the epidemic and become the real zombie smasher?Zoom your scope, adjust your sight and pull the trigger when you are ready. Zombie Hunter Apocalypse is here and it’s your turn.The BEST FPS: A game with a combination of shooter, sniper and gore zombie aesthetics. Take control of a professional sniper and clean up the streets of the walkers waves. Killing zombies and stop the zombie assault are now your sole goals with some of the most lethal weapons. Stay alert to the movements of the undead, predict their next step, select your target, aim with precision, pull the trigger and shoot, returning them back to the cemetery.Stay alert to the evil undead, every second counts, and a bullet in the right time will be the difference between a living human and a walking dead. Use your sniper rifle as you were hunting deers, kill all those zombie waves and become the hero of the humanity. Aim better, shoot faster.Shoot a hail of bullets with your powerful weapons and rid the world of this plague of zombies. Use the bazooka to destroy large hordes of living dead, but beware of innocent civilians. Complete challenges of each mission and increase your military rank. Bring death to the dead and survive in this Z-war!The plague of living corpses becomes increasingly violent and the zombie assault is almost unstoppable, will you be able to hunt all the zombies and prevent the impending apocalypse?GAME FEATURESTERRIFYINGLY FUNNYSniper zombie game with stunning 3D environments and +250 missions available in different game modes: Campaign, Weapons Test, Speedy Zombies, Super Zombies…Intense action shooter and scary atmosphere through +5 original maps: Infested City, Abandoned Theme Park, Arctic…As a veteran marine, use the sniper tools and the radar to locate the stupid zombies and hunt them down before they devour the defenseless citizens.The Z war is claiming your skills, so put yourself into the dead town and kill zombies in the best shooter game. GAME MODESExplore unique and original HELICOPTER MISSIONS: fly over the zombie frontiers and slay hordes of undead from above with the machine gun.Special Event: BE A ZOMBIE! The roles have switched, you can now enjoy walking the darkened city streets as one of the undead. Leave the graveyard, create your zombie defense, catch the humans and feed on their juicy brains.SUPERZOMBIES MISSIONS where you have to kill the zombie bosses.Create your own maps and challenges in the MISSION EDITOR and share with your friends.POWERFUL ARSENALPowerful and very wide arsenal: Sniper Rifles (Barret M82, M90, Dragunov...), Machine Guns, Assault Rifles (AK-47, M16...), rocket launchers, bazookas ... and special weapons such as crossbows or futuristic snipers.Upgrade your weapons to slay more difficult zombies. Increase their power, range, firing rate... Boost your firepower and defeat the zombie horde!Try the bullet time to achieve headshots and be the best Zombie Catcher among your contacts.Increase your level and your military rank and get access to more impressive gear and gadgets.Your wild dogs are hungry and don't doubt to kill any zombie in their way, so let them go to the Zombie War.Have you ever felt the terror so close? https://youtube.com/watch?v=C6l3c4RygcMAre you afraid? Enter the Day Z and fight the zombies until the end! Start hunting with the best zombie game!VISIT UShttp://facebook.com/ZombieHunterhttp://generagames.com
Zombie Hunter APK Version History