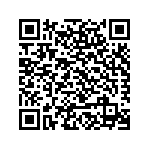 In this zombie shooting game you are specified on low virus infected area. You are the only survivor in this war against dead zombies to experience the thrill. Your entire city is infected so don't need to move and killer blood is everywhere. Save yourself from, these dead zombies and Shoot zombies in the head to save your time and survive easily in this war. Experiencing FPS zombie shooting game you will need to manage your assault rifle and bullets kill every undead before they drive you to death! The dead zombies are increasing the thrill of game play with zombie shooting in a 3D environment. Just relax don't need to pull the trigger of your sniper rifle or gun to kill them just aim them. Zombies are weak at the neck and head part, so try to take the head shot effect first.In order to survive in this zombie war which is now zombie world war, you have to take your path in ultimate war and shoot zombies everywhere. Crowds of deadly zombies are coming to you in waves! select your guns and be a zombie hunter, open fire, aim those deadly zombies and fight for yourself in this FPS zombie game. Fight for innocent people of your city and be a pro zombie killer to take control on this zombie warfare for the humanity.Game Features:- Stunning graphics- More heavy & light Weapon store- First person shooting game- Unlimited simulation- Scary and effective soundtrack- Free unlimited play- Realistic physics
Zombie Killer Dead Sniper Shooting 3D APK Version History