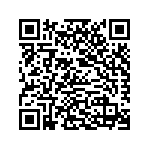 Be the last animal standing! Zoo Battle Arena is a twist on traditional battle royale.Get the best from MOBA (Multiplayer Online Battle Arena) and Battle Royale in an animal fight for survival in a free world. Play as different characters, each with unique strengths and weaknesses, against 49 other players online. Brawl in a mobile arena and become one of the greatest legends in the battleground. Challenge friends online and become one of the game's super stars. Progress through levels and earn prizes through deeds that show your courage and valorCollect weapons from around the map and find the perfect loadout! Explore the war battleground to find guns and beat everyone to win. Only the best one can survive the rumble!Be careful though, the map around you will get smaller with time, forcing you to mingle with the competition.Choose from over 10 different characters, from the tough gorilla to the sneaky chameleon!
Zoo Battle Arena APK Version History